A few months ago I watched a condensed, OVA version of the 1985 mecha anime series, Blue Comet SPT Layzner (蒼き流星SPTレイズナー). Created by Itoh Tsunehisa and Takahashi Ryosuke, it's a seminal anime which tells about a sudden alien invasion by the humanoid Gradosians.

Why did they invade? 'Cause their AI supercomputers have decided that humans have a high chance to expand and threaten their implied empire's existence. These aliens won.

And that's just the first episode. The second...

The setting moves entirely to the Big Apple, where the Gradosians successfully occupied Earth, and became strawman Nazis, regard us humans as just inferior; vermin, slaves, etc. While they live in pyramids as tyrants, as a race of Literally Hitlers, helped by their human collaborators...

We always imagine that Muh Nazis make an Orwellian dystopia to benefit their race, and an even more Orwellian one for their Lebensraum colonies, where dissatisfaction with the government's forced labor policies and censorship amounts to a one-way ticket to gulag. This is ironic, because that's more like communism. An example of Soviet-tier dystopia portrayed as Natzeeism is when the Gradosians seize a tape with pro-Allies propaganda:

After the two people who are in possession of this propaganda got culled, the Gradosian collaborator informs them that they are to be executed the next day. When prompted on why this collaborator betrayed humanity, he tells the human rebels that the Gradosians are superior in all ways and that these petty humans would "get" that if the humans just joined them.

Then they try to escape, only to get caught in a force field. The collaborator claims it as part of the Gradosians' "scientific power." He remarks to one of the prisoners: "Can you feel it… the power? It's not too late for you to change your mind." Of course, they don't change their mind 'cause yeah, this anime is simply V: The Anime. This really raises the question on why they couldn't just join the Gradosian Empire.

The prisoners are publicly executed, of course. Before the execution, one of the prisoner's friends melodramatically bemoaned how the collaborators are no longer human and have sold their souls to the Gradosians. It was like something out of a Saturday morning cartoon.

However, just as they were about to be offed, Albatro Null Eiji Asuka shows up for a deus ex machina with his Super Powered Tracer Layzner mecha that he stole from the Imperial Armed Forces. He's here to save Terra from those space Comm… I mean, Nazis!

Meanwhile, Ru-Kain, who holds the title "Supreme Commander of Earth", rules the Earth from his Crystal Spire pyramid. His father, himself the true commander of the Gradosian invasion forces, also resides in this pyramid, and disagrees with his son’s tyranny. Ru-Kain dismisses his father as having “Earth Fever,” saying that this is the rumored view of him back in their home planet.

Another communist canard portrayed as a Natzee thing is when Ru-Kain points out that his father established 'cultural correction agencies' for the 'Gradosization' of Terran culture, while leaving two 'cultural strongholds' unsupressed, but not for long: the New York Public Library Main Branch and the Metropolitan Museum of Art. Why would they suppress all of Terran culture?

Oh. Right. It's an antifa anime. The next scene is the NYPL Main Branch's books being burned by order of Ru-Kain. As the books are burned, Ru-Kain proudly says:

And his dad remarks back in the pyramid that he is "still young."

The next scene shows us some Jedi-ish Gradosian women, promoting stuff such as:

While this happens, Ru-Kain appears with five other ugly-faced minions, akin to the Power Rangers but instead of promoting good, this pseudo-Power Rangers are promoting Ru-Kain's "Gradosian supremacy." This 5-man gang appear with their mecha, only to face Albatro Eiji and his Layzner mecha. Then most of the rest of the OVA simply follows the rebellion (and the Jedi women)'s struggle against Ru-Kain and gang, with some scenes follow Ru-Kain's daddy issues back at the pyramid. Seldom did the OVA episode shows us more of life under the tyranny of these space Nutzees.

As the OVA episode ends, a preview for the final episode (this is a 3-episode OVA) shows us that Ru-Kain's dad saying that the Gradosians are related to Terran humans, but then he remarks to Ru-Kain to "keep this fact a secret."

I didn't continue and watch episode 3 of this OVA. This episode was cringy enough to watch that I stopped at this very episode. But later I browsed this anime's TV Tropes page and it says that episode 3 ends with Earth being liberated from the tyranny of the Gradosians and the rebellion finds out that the Gradosian collaborator that early in episode 2 prides himself for betraying humanity is actually a fake collaborator.

To summarize, this OVA episode is simply V: The Anime. It's similar to the original V miniseries (itself originally meant to be a direct adaptation of Sinclair Lewis' It Can't Happen Here, a novel (and later theater play) where a strawman fascist leader becomes POTUS and immediately announces strawman fascist policies, such as stripping off women and minority rights) in two ways: the Orwellian "totalitarian" society of the alien occupations that both V and SPT Layzner depict, and the destruction of humanity--although shown in different ways. In V, the aliens literally prey upon humans. In SPT Layzner, the aliens prey upon human culture, thinking that our culture is primitive and should be destroyed.

PS: As I told earlier, this OVA condenses the original TV series, which aired in Nippon TV (Japan's oldest privately-owned TV station), between 1985 and 1986. Forbes notes that the original series had a sudden revenue drop as one of its main sponsors, Sanyo Electric (now a dormant subsidiary of Panasonic) had a major revenue loss for manufacturing faulty kerosene heaters and hence they had to pull their sponsorship from the series. Episode 1 of the OVA condenses episodes 1-24 of the TV series, episode 2 condenses episodes 26-37 (episode 25 is a recap episode), episode 3 extends the final episode of the TV series, Episode 38, which has a cliffhanger ending on the TV series version. 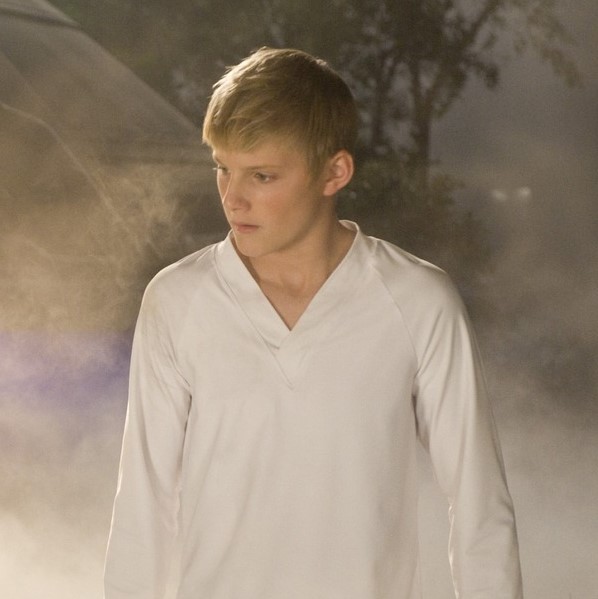 aa1874 is an Indonesian science fiction fanboy, spending an inordinate amount of time reading books, watching movies and anime, and keeping his finger on the pulse of science fiction authors and events the world over.
Matrix: @aa1874:200acres.org
Reply AudioAnimatronic1874 22 Oct 2019
also of note: the uniforms of the Gradosian "cultural and thought police" evokes those of the certain "protection force" and/or armed forces of NS germany.