The lead developer of Tusky, an Android fediverse client, has deleted an issue by Alex Gleason, the lead developer of soapbox-fe, calling for the shitlisting of baraag.net, a fediverse instance notorious for its publication of child pornography. The repository maintains a short list of instances that it will not allow users to connect to.

Currently, those instances include:

Spinster is a fediverse instance known for its control by TERFs (trans-exclusionary radical feminists), and was added to the repository on January 13th, 2020 by Konrad Pozniak (username: connyduck). 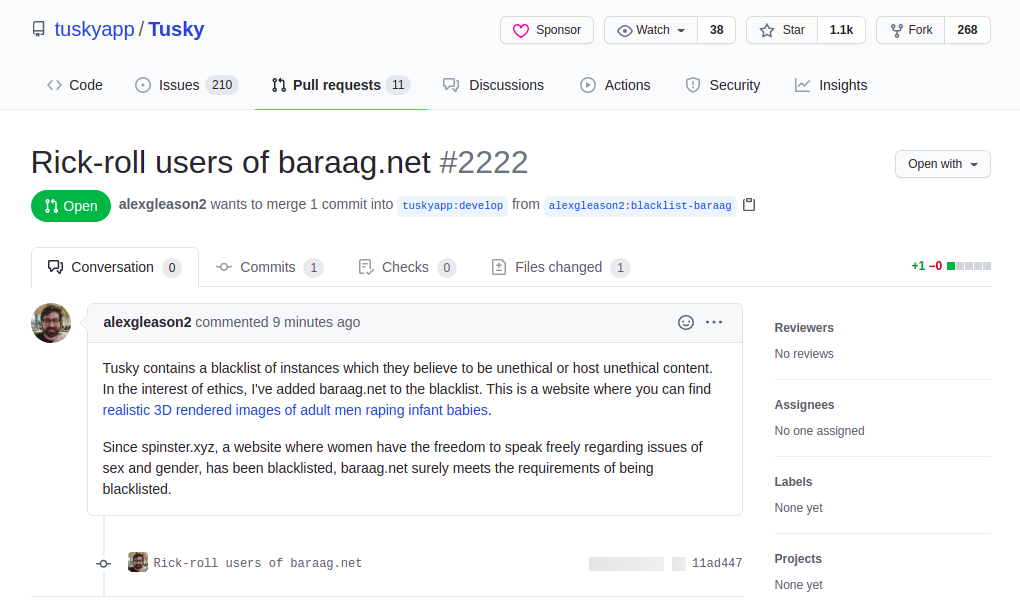 Alex Gleason suggested that baraag.net, a pedophile instance that includes explicit images of child rape (albeit digitally rendered), be added to the blacklist. After all, if being a “TERF” qualifies for this kind of blacklisting, surely depictions of child molestation qualify as well. Not only did connyduck disagree, but he quietly removed the pull request entirely:

Normally, when a pull request is denied for some reason or other, it is closed, but the pull request is left up. Not only was this pull request denied, but it was brushed under the table. Not only does connyduck tacitly support images of child molestation, he suppresses that fact about himself.

Is connyduck a child molester?