Tusky, a fediverse client for Android, has been removed from Google’s Play Store according to its maintainer, @ConnyDuck@chaos.social. He was not available for comment because his instance will not federate with iddqd.social, the Pleroma instance this site operates. The fediverse is a vast network of thousands of Twitter clones, all capable of talking to each other, and each having its own moderation standards. Each one of these clones is called an “instance.” This federated model can be applied to other functions online, such as chat rooms.

Even though Husky, a fork of Tusky intent on creating Pleroma API support, is for “Nazis”, it is apparently still available in the Play Store as of the writing of this article. Pleroma is one implementation of the fediverse backend “ActivityPub” protocol, the other noteworthy one being Mastodon. 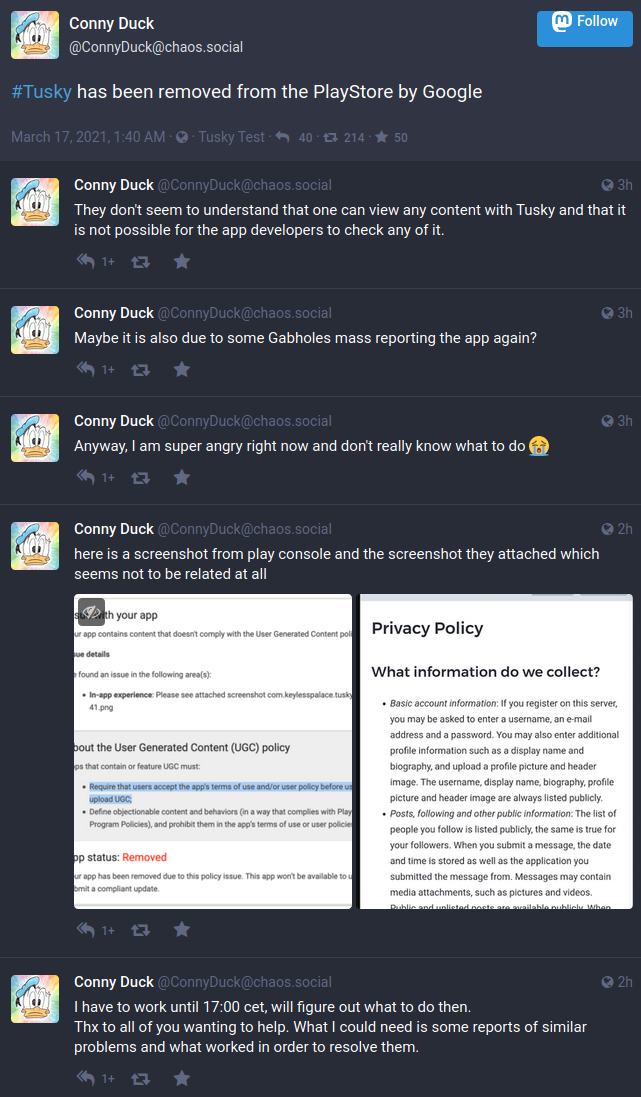 Big Tech naturally has an incentive to discourage people from using alternatives to their media. This kind of measure is to be expected as their grip on half of America’s population loosens, and while certain headlines might seem like they’re jumping the gun, these headlines are getting vindicated as we speak. 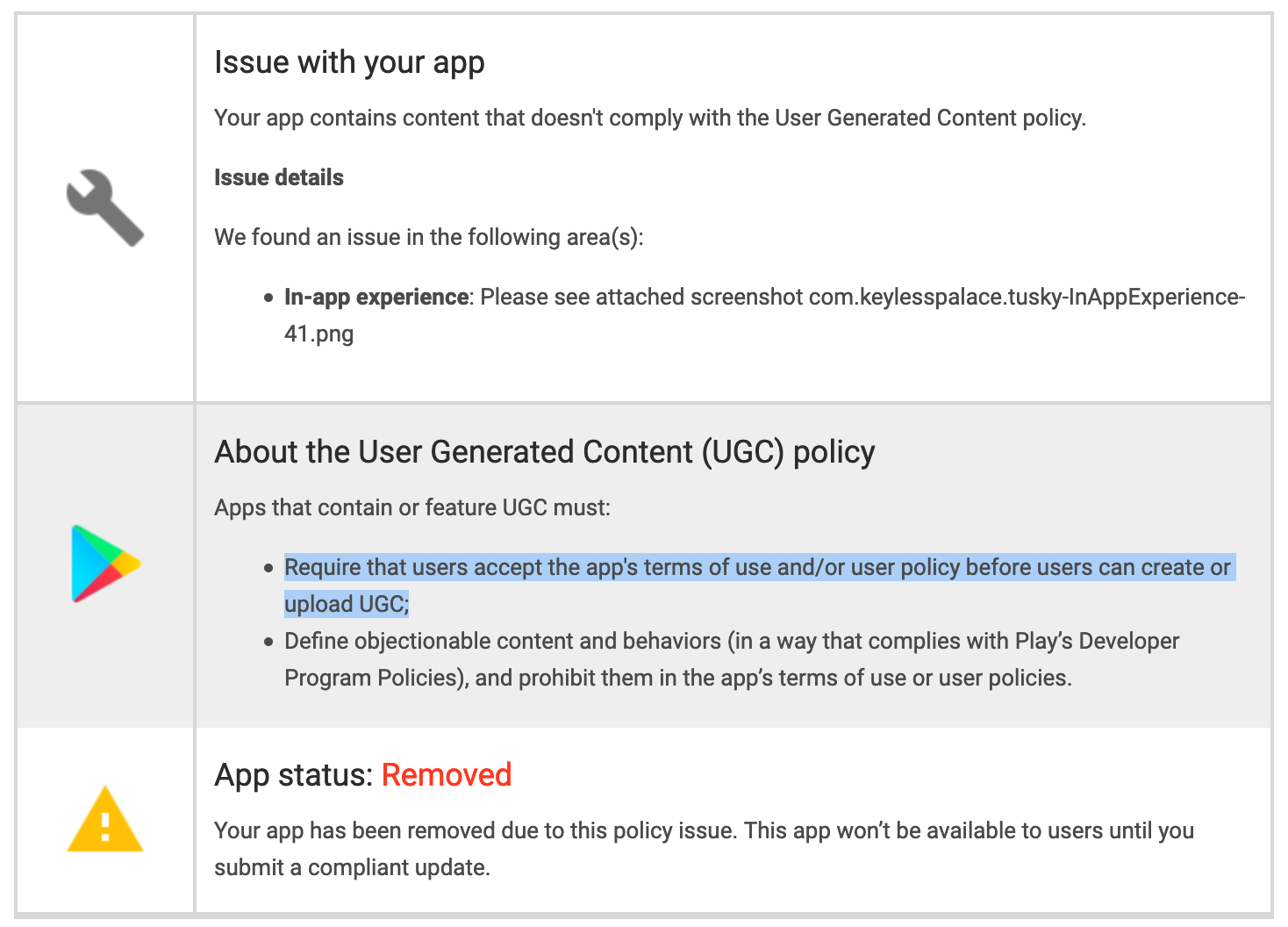 The Guardian reported that “far-right” supporters move to open source to evade censorship this week, which is correct. As various institutions clamp down on online speech, efforts to evade them will increase, and ones that are resilient to subversion or top-down authoritarian control will naturally come to the fore in those efforts. The Guardian’s anti-white screed goes on at length about how right wing content creators are looking for means of producing content that are resilient to Big Tech’s ideological and racial censorship campaigns. This is clearly a problem for the left and we can expect a never-ending cat-and-mouse game with them when it comes to this topic. 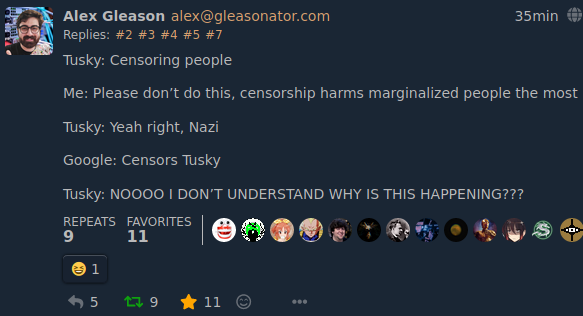 Some other noteworthy fediverse developers had comments on this as well, such as soapbox-fe’s lead developer, Alex Gleason. Tusky has a history of censoring streng verboten instances for being “fascist”, but Tusky’s developer is now whining about being censored himself. Mr. Gleason’s toot had a lively discussion in response to it, probably due to the fact that he doesn’t defederate based on political content. Alex Gleason’s girlfriend is the owner of spinster.xyz, an instance for “TERFs” or “Trans-Exclusive Radical Feminists.” 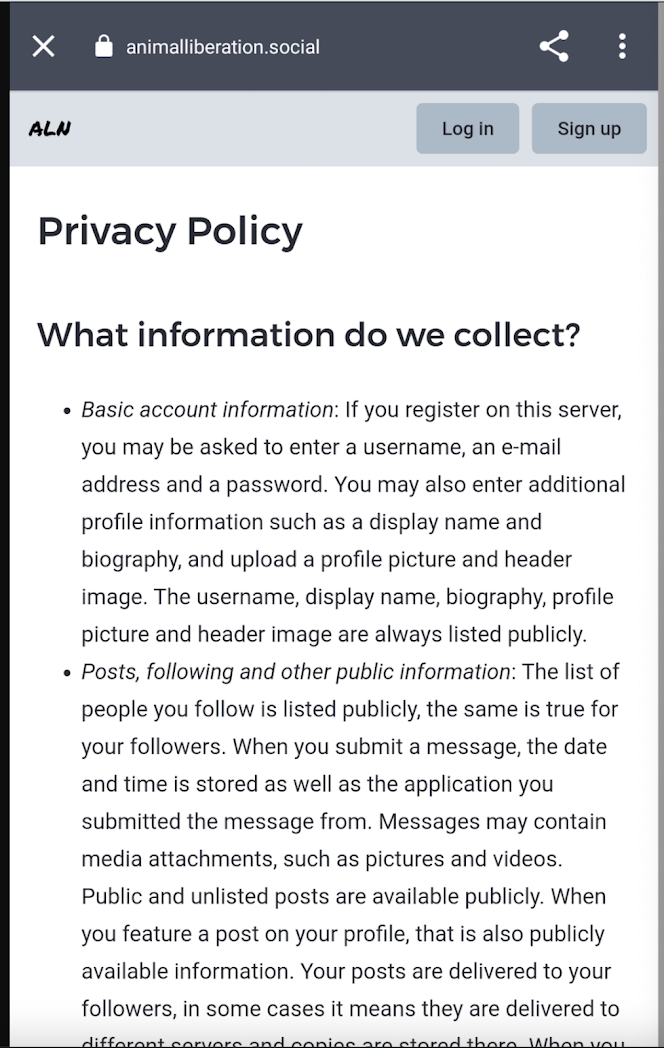 Without a doubt, there is a certain irony to leftists who are invested in “cancel culture” also being the first to get removed themselves, as indicated by chaos.social refusing to federate with iddqd.social not saving them from Google’s censorship campaign. However, while schadenfreude is an easy response to comeuppance like this, civic values like “freedom of speech” will not persist if we jeer too heavily every time a shitlib’s ideological foibles catches up to them.