Still remember when I made my debut by saying that the second half of the mecha anime, Blue Comet SPT Layzner, is actually V: The Anime, with all that assimilation and subjugation bullshit? I called the series an Asian version of V due to the antifascist allegories in this arc of the anime.

Ah... V, the miniseries where reptilians went into disguise as humanoids and shot everyone who were suspicious of their behavior. The one miniseries which became the second most popular TV show of the week it aired. But behind that stuff, are allegories for the third positionist movements that bloomed during the interbellum, and from that third positionist point of view, I'm going to review it.

The eighties was the era for behavior and habits that thirties third positionists would call degenerate to begin blooming; looking at you MTV. It was also the era of Reaganism, where (((neoliberalism))) and (((neoconservatism))) were all the rage.

But the eighties wasn't just that. One of the most popular science fiction TV series premiered in the eighties: V

Created by Kenneth Johnson—who'd just adapted Martin Caidin's Cyborg into a popular television series (The Six Million Dollar Man), spun the television series adaptation off into The Bionic Woman, and produced The Incredible Hulk—V tells about an alien occupation. An alien occupation miniseries that was so popular that some kids actually reenacted some of the scenes (in particular the battle scenes).

But behind all that, the miniseries is actually an allegory for third positionism, in particular National Socialism. In fact, it was originally written as a miniseries chronicling the rise of grassroots fascism rule in the US, based on Sinclair Lewis' It Can't Happen Here, the liberals' fantasy of fascism as Stalinist totalitarianism in the sense of no opposition to government-sponsored politics and policies allowed á la Nineteen Eighty-Four, where anyone who exhibits wrongthink would be interned to torture camps.

Johnson, who already read It Can't Happen Here, was of course intrigued by the plot of the book. Looking at the facts that neocons (see: ziocons) were having a prominent role in the Reagan administration and the administration's "similarities with interwar fascism" (which, of course, is not similar), he decided to write a screenplay about the rise of "fascism" in 80s America which he dubbed Storm Warnings. He decided to submit it to NBC, where in one dinner with NBC president (((Tartikoff))) the screenplay was rejected because in his opinion:

So at the behest of Tartikoff, Johnson rewrote Storm Warnings into a science fiction story instead but with all the allegories sticked on.

And thanks to faux propaganda posted in many places meant for promoting the new miniseries, V became the most popular show on NBC of the week it aired.

The miniseries aired for two episodes, one hundred minutes each. The series begins with a battle on commie conquered Latin America interrupted by the appearances of flying saucers like this one:

As hordes of space aliens arrived, people became curious on why they came. Not long after, every television all around the world broadcasted the aliens' message: UN secretary-general, please meet us at a certain place tonight! they said.

And he did. The alien Visitors came, inviting the Secretary-General into one of their shuttle crafts like one seen above. After the Visitors said they came in peace, the Secretary-General allowed the "Supreme Commander" of the Visitors to speak. They came from Sirius on behalf of The Leader (which is an unseen, extraterrestrial expy of the Führer and Reich Chancellor Adolf Hitler), they needed things to be made in some plants, and approached the Secretary General with an attitude of "please accept our requests."

So they accepted the aliens' request, and everyone immediately got hyped with First Contact. There's even a marching band celebrating their arrival on the first of those plants. But things slowly went awry.

Mike got into a fight with two Visitors where he found out that the human body of the Visitors were just a suit. They were reptilians who even eat live rats. Why was I reminded of chinese people, especially since coronachan happened? Before the two Visitors ate those rats, one of them—a girl called Diana—spoke on "conversion," which was the term they used to describe indoctrinating people to be Visitor subservients.

Those exchanges were taped, so Mike went to the TV station to break the news. As the news about the true form of the Visitors nearly broke, every TV station was suddenly hijacked by those Visitors. The Visitors announced "for the sake of order we are taking over media and communications!!" Of course, a political correctness narrative begins at this very point.

Posters were slapped around onto walls and telephone poles. Visitor "shock troopers" were invoked to secure order—an obvious allegory to Windrip's Minute Men in It Can't Happen Here. But what kind of order? Of course, the liberal and leftist allegation of fascist order, of course. The same Stalinist control of the people, brazenly projected onto the right. "Visitors and Terrans, Building a Better Future Together!" Visitor control was supposed to be Literally ADVENT, i.e., Literally Hitler!

And a worse fate was coming to the scientists. Yes, an entire occupational group being regarded as a race!

Instead of journalists like Doremus Jessup being persecuted and ostracized by propaganda in It Can’t Happen Here, it is the scientific community in V that poses the most significant danger to the totalitarian regime and is therefore repudiated and denounced by the Visitor-controlled media.

It's simply illogical to declare a certain occupation as unnecessary or dangerous. Maybe this is an allusion to the claim that fascism hates intellectualism.

Also of note is that there's a Jew (a Holocaust survivor, of course) ranting that this occupation by the Visitors is literally Nazi. The Jew would play a role to instigate the mass rebellion against the Visitors in the second part, as shown in the last scene where he sprayed a "V" graffiti above the Visitor posters.

The second part mostly tells about the human resistance to the Visitors. Collaborator Daniel even betrays his "scientist" family (including his Jewish grandfather), almost shooting all of them. Does this rings a bell about today's distrust of family?

They said [my dad's] arrested? But they promised amnesty!

— Daniel, the collaborator to the Visitors upon answering a phone call

Daniel's family is arrested and questioned. Of course, today's politically correct description of "being questioned under a dictatorship" is that of torture, forced confessions (i.e., duress, lying for the good of the elite rulers), not a peaceful, orderly interrogation, so this has negative connotations of course. The Visitor told this to Daniel, promising that they would be home "soon." Of course, it's implied that they lied. His Jewish grandfather is said by the Visitor to be "not well," that he was being safe with Visitor doctors (Diana) "helping him feel better." This, however, is an allegory for the alleged experiments of Josef Mengele. The good news for Daniel is he gets promoted to the Visitor's second in command and he would marry Diana. This allegory to Josef Mengele is gender-bent, it is worth noting.

From there, Earth has become the Stalinist dystopia Orwell had imagined, except it's actually Hitlerian because reasons. Mass resistance movements were organized thanks to that cameraman Mike Donovan. People were now living in fear of thoughtcrime.

The scientists are being watched by Big Visitor Brother 24/7. Summary executions and "reeducations" in their motherships (meant to be interpreted as "gulags" here and not "NS concentration camps") awaited them. At one scene some of the resistance see some of these scientists being brought to the shuttle craft to be reeducated. Then these resistance members get caught. Battle ensues. There are refugees planning resistance underground. One of them said that she was "supposed to be a scientist...a doctor... not a plumber, a kind of rebel... They all look at me like I know what to do..."

Despite another Visitor recommending Donovan to be "converted", Diana (said strawman Mengele) is initially reluctant to "convert" him, but later she agrees. We hear screams from the tortured person. Apparently that other Visitor was a rebel. One of the very minority rebels in Visitor Reich. The dissenter said that Diana's way to convert humans would be the most effective and efficient one: implied to be torture a la gulag. Note again that she was meant to be a straw-woman representing the Holocausters' depiction of Josef Mengele.

Another Visitor to the rescue, tells Donovan to change to her Visitor suit and kill her. He goes down to Earth again. Hooray for Donovan! Just a few skirmishes and some other resistance catching Donovan and then the viewer finds out that nearly everyone in the town gets arrested! As Dan Copp stated in his examination of V, "Visitor shock troopers don’t discriminate dissident from non-dissident and summarily arrest the entire neighborhood’s inhabitants for sedition including Mike Donovan’s ex-wife and 11-year-old son, Sean, the latter of whom serves as a primary motivation for the cameraman-turned-insurgent to overthrow their uninvited guests."[1]:38

The underground people begin planning resistance. One of them tries to find his daughter who goes out but then got caught for violating stay-at-home curfew. Just then, we see Diana's strawman representation of Josef Mengele as she asks a fellow Visitor for an "unusual experiment" with a human female. Meanwhile said guy who tries to find his daughter is interrogated by the Visitors and forced to confess about his daughter's existence.

And there were these water tanks inside them. Because the true goal of the Visitors, as one of the dissident Visitors said to Donovan was (as I paraphrase): "steal our water, the rarest material in the entire universe, for our survival and to power Our Leader's weapons! Because Our Leader wants all the water on earth! ... No more humans living on Earth when we already take all of them..." And apparently:

This is what Diana does to reeducated people. Yes, they are experimented on just like what Josef Mengele allegedly did. Donovan's son is also in a similar chamber in another mothership; the Visitor dissident said that they would be converted into trooper slaveborgs for the Visitor Reich Navy to defeat the enemies of Our Leader, which Donovan implies were our friends! And those that were not be planned to be slaveborgs would become fresh! FOOD!! That makes me remember Alex Jones.

Donovan sees the result of his wife experimented by the genderbent Mengele wannabe Diana. Donovan and the renegade Visitor wish to kill her.

Fighting ensues as Donovan tries to get out from the mothership, and the miniseries ends, after Donovan convinces the underground resistance of the true nature of the Visitors, with our protagonists sending a message out there, in space, if there were any other extraterrestrial civilizations who could ally with humans, but it's just the beginning. You can continue the journey with Kenny Johnson's sequel novel V: The Second Generation or the second miniseries V: The Final Battle from here.

I'm sick of this "anti-totalitarian" antifascist piece of crap! Too many lies about history and ideological stuff are being propagated to this political-dystopian-thriller-with-a-science-fiction-shroud. Strawman fascist allegories are scattered literally EVERYWHERE in the miniseries. Remember that this miniseries was meant to be a loose film adaptation of Sinclair Lewis' infamous antifascist novel It Can't Happen Here

If you watch the miniseries and interpret the Visitors as globohomo then, yeah, you got it correctly. You'll have an experience similar to watching They Live. But the catch is the strawman fascist nature of the Visitors. Be careful when consuming this work. 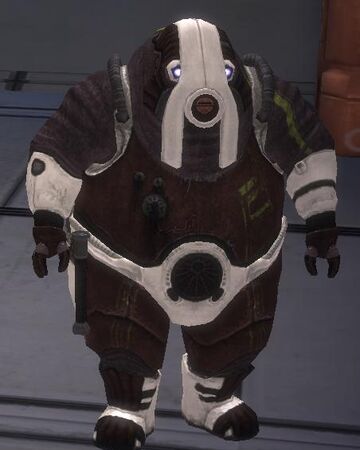