Since the dawn of Television and Film, studios along with TV producers and movie directors wanted to entertain audiences all across the globe. After a long day of work and finishing dinner, you take the remote and the family gathers around the screen for their leisure and bonding time. Many pieces of media served as a form of pure relaxation, sometimes just escapism. However, as movies and TV shows grew in quality and scope, so too did the ideas of various intellectuals in Hollywood and other studios across the pond. Instead of simply entertaining the masses, why shouldn't we have a commentary on various topics such as politics, personal relationships, emotions, war and many more? Today, we look back at the Simpsons, created by Hank Azaria all the way back in 1989 when it first aired on the American screens. Plenty of producers considered it a risk: an animated sitcom without a laughing track? Cartoons were viewed as strictly children's entertainment at this point. However, all the uncertainty was quickly quashed as the show proved to be written by visionaries. Today, we had an interview with Mr. Matthew Goldstein, a cultural scientist from the university of Harvard, author of fine pieces of literature such as "You're a big guy...", "6 Gorillion At the Box Office," and "Christian Values of Doom."

IDDQD Journalist: It’s good to have you today Mr Goldstein.

Mr. Goldstein: It’s good to be here Robert, I’m glad you have invited me to your prestigious news outlet. I was looking forward to this interview.

IDDQD: The honor is all mine. May we begin with some questions Mr Goldstein?

IDDQD: To our knowledge, you have recently written a thesis on the American entertainment industry, and have highlighted pieces of it that you think will be timeless and leave a mark on everyone that had the privilege to see it, read or play it. Depending on the medium of course. Which pieces would you present as some of your favorites, for one reason or the other?

G: To be frank with you Robert, it's a hard question, but it does make me smile. Thinking about it, I really can’t pick and choose a favorite one. The competition, so to speak, is very tight. However, if I must choose, I would say that would be Season 11 Episode 5 of The Simpsons.

IDDQD: An interesting choice. Could you tell me more about it?

G: You need not ask. You see, Homer Simpsons arrives at this convenience store that belongs to the character of Sneed, with the store's name being “Sneed’s Feed and Seed (Formerly Chuck’s)." Right there you have the commentary on the divide between people living in the countryside and the ones living in the big cities. Carefully packaged beneath the line “Look at the city slicker in his fancy German car.

G: You see, it’s not just the city clicker comment, it’s also about the German automobile. A staple of the car industry that speaks about ingenuity and class. Something that people living in the cities should be able to afford. Even though, the car Homer drove was made in Guatemala, it speaks volumes about the divide. The two men on the porch have a distaste for Homer, to the point of mocking. And it all has to do with the fact what our politicians have been doing domestically ever since WWII.

IDDQD: Would you say that this is a commentary on the society we live in?

G: Oh of course. There is also another thing, a subtle detail that very few intellectuals were able to notice.

IDDQD: What would that be if you don’t mind me asking?

G: You see, the name of the store is Sneed’s Feed and Seed (Formerly Chuck’s). There’s this rhyme or word play with Feed and Seed and the owner’s name, but Sneed was clearly not always the owner, it was Chuck. Now, to keep the rhyme of the store you would have to use the last 3 letters of the name. Then, you would get…pardon my French, Chuck’s Fuck and Suck. A dirty joke no doubt, and I hope this wont cause you trouble with the censors.

IDDQD: You have nothing to worry about, we can always bleep it out for the live version and just use dots for the text version.

G: Splendid. But you see, The Simpsons, even though they have fallen in quality over the years, should always be remembered for their provoking commentary on various subjects, mixed in with subtle jokes of a more rude nature if I can put it that way.

IDDQD: An eye opening observation Mr. Goldstein. Thank you having this interview with us.

G: The Pleasure is all mine Robert.

Decades will pass, and many things will be forgotten. The more that gets created, the standard of quality keeps going higher and higher. But things such as Sneed’s Feed and Seed will live on. A highly dedicated group of intellectuals across the globe have gathered under a Chinese image board to spread the knowledge of this ingenious Simpsons episode. Hopefully their insightful message will reach more mainstream news outlets and social media, in order to spread the quality writing of Hank Azaria and other of the Simpson’s writing team. The method used to accomplish this is also known as "Sneed posting."

A research was conducted by Nosa Rosenberg of Oxford University. For simplicity, we'll call these people Sneed posters. Sneed posters have shown elevated levels of their IQ the more they have indulged in this practice. All of this points out to dedication and sheer will to improve oneself. Hopefully, one day we will have more Sneeds and less Chucks. 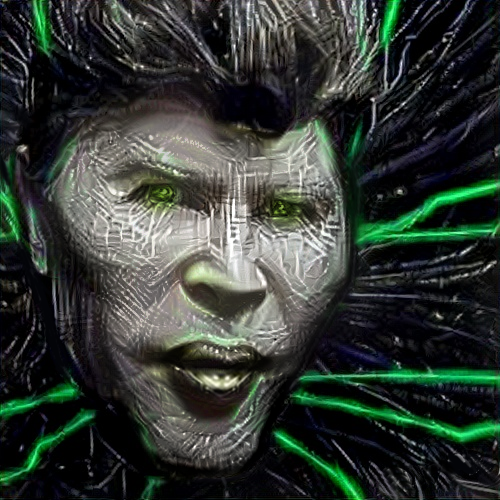 quick_rundown.exe is a Serb who watches too much television. He doesn't care about your plot, he just wants to watch Iron Man beat the shit out of Purple Man most of the time.
Discord: Djoni#1788